You are here:
Book a Free Consultation
For your free initial consultation please fill in the form below, or call (09) 838 3109. 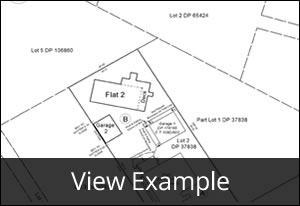 Cross Lease titles are a form of title where each party owns a share of the underlying title. The exclusive use area used by each party is then leased back from the other owners (usually for a period of 99 years). Hence each owner is leasing from every other owner, which gave rise to the term cross lease.

Cross Lease titles were common in the 1970’s through to the 1980’s as they were seen at that time as a way to avoid a lot of the expenses of subdivision. This was changed with the introduction of the Resource Management Act 1991 which classed Cross Leases as Subdivisions.  The same rules and criteria are now applied to both.

Due to the difficulties involved with the management of Cross Lease titles (in particular where co-owners don’t cooperate with each other) we strongly recommend converting to a full freehold subdivision if possible.

We often receive last minute calls from people selling their house, where the prospective purchaser has identified that the footprint on the title is not the same as the one on the ground. Up

dating the title is not a quick process as it requires a Resource Consent from Council. As the other Cross Lease owner(s) are also shareholders in the land, this also requires co-operation between owners.

Recommendations for Cross Lease Owners. The second most common difficulty is boundary disputes between Cross Lease owners. The exclusive use areas are often drawn to follow features such as the edge of a concrete drive or fences. Over time, drives can be relaid and fences replaced or changed and this can make remarking the boundaries quite difficult.

When making alterations to your dwelling that will change the building footprint, there needs to be a budget for the associated updating of the Cross Lease title. This is also a good time to consider changing the title to a freehold title and discussions with the other owners needs to be undertaken. All Cross Lease titles on the underlying land must be included in the change.

Do not forget to update the Cross Lease title.  If you have a prospective purchaser, this can delay settlement for months or allow an opening for renegotiating the price.

Please contact us for advice, costings and time frames. We are here to help.